Procter & Gamble Pulls Back the Veil on iMFLUX<sup>®</sup>

Imflux®, Procter & Gamble Co.’s innovative molding process, largely has been a mystery revealed only in patents, which although giving some details, left much tothe imagination.

If you walked down the street or the trade show aisle and asked random plastics industry people what they knew about it … well, let’s just say, the 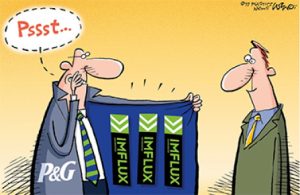 But that is changing. After four years of secrecy, P&G is finally opening up, as the plastics authorities from Imflux® Inc. have made recent presentations at a Penn State Erie conference and KraussMaffei Corp’s open house in Florence, Ky.

Plastics News ran a major story on Imflux® in our Oct. 16 issue. The story became one of our most-shared articles ever on social media. It’s not often a trade publication gets to essentially break a major story about a new technology of interest to the entire injection molding industry.

Just a quick recap: Imflux® uses constant, low pressure to fill the mold. Importantly, the process is controlled in real time by pressure sensors inside the nozzle and inside the mold — and an Imflux® -developed sensor bolted to the outside of the mold called NightHawk, which measures strain and deflection of the tool, converting the data into yet another measurement of cavity pressure.

The key to tying it all together is software. In fact, Imflux® seems to be as much a software and controls company as it is a mold-building and technology company.

Gene Altonen, chief technology officer at Imflux®, explained the critical role of software for connecting the data from the sensors together: “The important thing is I’ve got to respond to the cavity pressure changes and I’ve got to do it with no hesitation. So there’s a lot that goes into the algorithms that guarantee that it’s not going to hesitate and create a problem.”

Traditional injection molding — the way it’s been taught for decades — is to ram the melted plastic into the mold at high pressure and high speed, then cross over to the pack-and-hold phase to pack out the part.

Imflux® is the opposite. It fills slowly, at low pressures. You can read the Plastics Newsstory for an explanation of why the Imflux® experts say this gives faster cycle times, higher-quality parts, a wider processing window and other benefits. One major advantage, according to Imflux®: It allows the use of a smaller-tonnage machine to get the same output. That could give a big savings in capital investment, and Imflux® said it would even help the reshoring movement of work back to the United States.

Imflux® is covered by about 70 U.S. patents and 100 internationally. Normally, say when a machinery manufacturer has a major new, patent-protected technology, they issue a news release, trumpet the development at a trade show booth. They tell everybody.

Imflux® hasn’t done that, probably because first they wanted to spread Imflux® through the Procter & Gamble molding universe. But it looks like now Imflux® is ready to spread the word and sign up licensees in all types of molding, including automotive.

It seems clear that one way they will do that is by working with machinery manufacturers. That’s a good way to spread a new technology through the molding community. But some sources in the machinery sector have told Plastics News that this is still slow to develop. Imflux®, it seems, is still spreading by word of mouth — which is strange if, as Imflux® leaders claim, this is a radical new, “disruptive” technology.

And even if they are now talking about the technology, Imflux® officials are keeping to their secretive ways when it comes to giving out specifics on the technology transfer process. They have declined to identify licensees, as well as internal P&G molders. They won’t even reveal the number of companies that are using Imflux®, other than to say Imflux® has been installed on “hundreds” of injection molding machines around the world.

Imflux® has the potential to become a separate profit center for P&G, although the plastics operation remains a tiny blip at the $65 billion consumer products giant. And if v does really take off, it could cause some growing pains down at Imflux® headquarters down in Hamilton, Ohio.

So Imflux® still represents an unusual case of a potentially groundbreaking injection molding technology that still has an air of mystery around it. But the veil is pulling back.

Do Not Sell My Personal Information 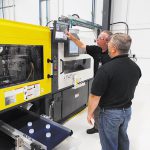 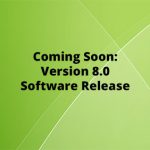